The journey from young student in 1998 to a current day real estate agent has been a successful one for our Principal Agent Trisiana Muljono. Trish recently shared with us some insight in to her world and how things have changed throughout her professional career through three decades of working in the Potts Point property market.

“Property took off from the moment I bought my first property,” jokes Trish. But the timing was perfect for her soon to be career. 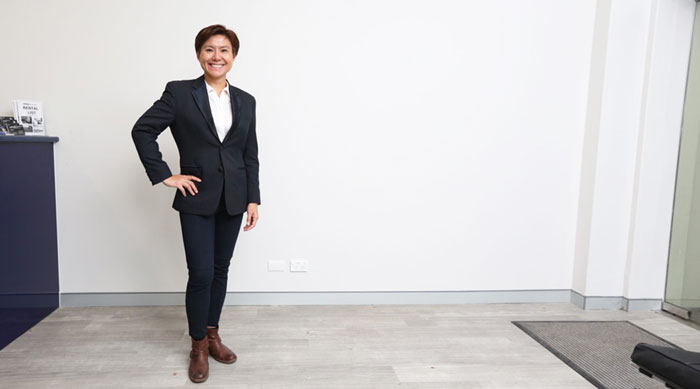 The idea was simple, start collecting two bedroom property apartments with views and car spaces. Springfield Avenue was the first, followed by two more properties on Victoria street. By 2000 Trish had three properties in her portfolio and was well on her way to growing her recently established business, SydneyLinks.

Before buying her first property, Trish was studying at university in accounting, tax and banking. She was also working as an auditor for accounting with Coopers when she began to discover the cultural workings of some of Sydney’s inner-city suburbs like North Sydney, Redfern, Potts Point an Elizabeth Bay.

“Potts Point was interesting to me. There was a growing gay community, it was close to the city and it was full of culture,” she remembers.

“I was 21 and found it exciting hearing of people who had just come back from Paris wearing the latest fashions or people who were working in London and had come back to Sydney.”

In the late nineties the Potts Point scene, as it is today, was a mix of culture. Back then you had your modern bohemian, your working professionals and a real creative scene, “All this information about different people and different cultures was an exciting pool of knowledge.” 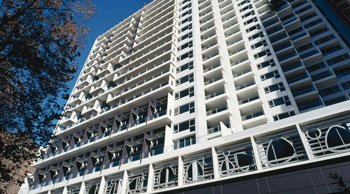 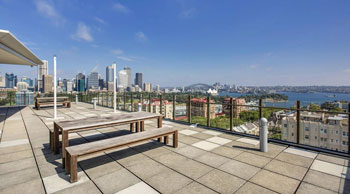 Deciding Potts Point and the surrounds was the place for her, Trish immersed herself in researching the suburb. She had begun buying property and was diligent with researching which agents were working best to help her buy more property.

“I was beginning to create a network and build knowledge of property and decided that building my own portfolio of property was more than just investment for me”, says Trish.

“At the time, when you get talking to the agents you realise that only agents in Potts Point saw the true potential of the area. People saw The Cross and the Potts Point area as a bad place to go, full of crime and dilapidated buildings. But the local agents who I had been working with saw how it could grow”.

Trish decided to open her first SydneyLinks retail space on Macleay street. “It was 91 Macleay street in an arcade, for a good price”.

Trish became familiar with the building and the businesses in it. Within a short time she had attracted new owners who were open to restoring the building. “Originally the properties there were about $300,000. After a four million dollar restoration and completion of the rooftop garden the value is much higher. The most recent property sold there was about $850,000.

Moving over to 115 Macleay street exposed the business to street traffic and a wider audience. The plan was to buy the property for the business but as we know well, the sale doesn’t always go as planned. Moving on from Macleay street Trish took her business over to the thriving Victoria street where she bought the property and set up shop where SydneyLinks is today. 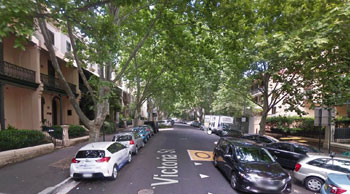 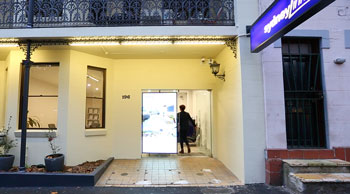 Pictured Above Left: The leafy outlook of Potts Point popular Victoria Street. Above Right: The current entrance to the new SydneyLinks office.

When it comes to the growth and change in Potts Point over the years, Trish is well aware of the reasons for change, “There are several big changes over the years that affected different Sydney property markets in different ways”.

Around 2005 to 2006 property developers began to show interest in Potts Point and The Cross for land opportunities, “Singapore developers created Rockwell Gardens and Mirvac completed the Ikon apartments. They created a footprint of pricing and projected how much new property in the area should be. It took four or so years for prices to catch up from this”.

Trish notes from 2007, and well in to 2010, the Global Financial Crisis was the beginning of even more major change to the area, “The GFC brought back international buyers who were escaping foreign financial burdens and returning with money to setup families in Sydney.”

The most recent change has been a social one. The much discussed topic of gentrification to Potts Point and the surrounds has created a premium for the suburb. Trish says, “The lock-out laws have fueled the current change to the Potts Point community”.

Throughout all of her years in property, Trish enjoys the constant growth and change in Potts Point amongst real estate agents, “The area is dense. You always see people in the street and can always have a chat with different people. And the agents are part of this as well. We work in a dense market and with the introduction of communication and technology we are forced to be more proactive, instead of reactive, to the property market”. 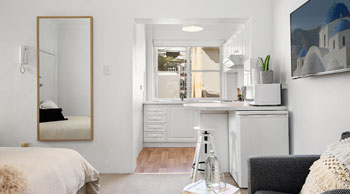 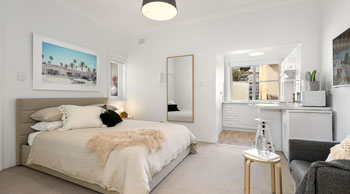 Pictured: 17/257 Darlinghurst Rd, Darlinghurst. Properties with modern furnishings and facilities lease as quickly as they are listed in Potts Point.

Looking to the future, something tells us Trish is right on the pulse of the market and where it is headed, “People in this area want a lifestyle and a fully realised home. They want all of the modern amenities to entertain at home and when they go out they want more fine dinning options”.

SydneyLinks has added a new focus to their portfolio for home investors. Small renovations and styling for fully furnished properties continue to grow in popularity for the demographic to Potts Point with the demand from tenants.

For sales, the future of the market remains competitive. “Owner occupiers, investors and developers all share the market to the same degree except, the market in Potts Point has shrunk. There is less property to buy,” says Trish.

“I am a young principal agent and welcome proactive learning. If there is a market change we grab the opportunity and change with the market. We also attract owners who are open to change and ready for opportunity as well”.